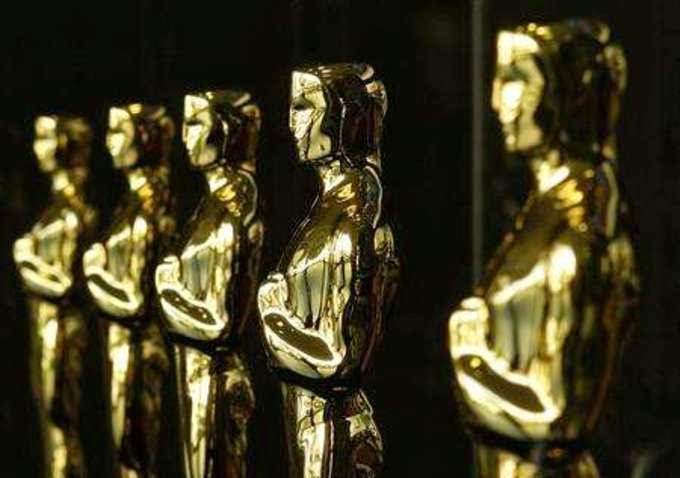 Andrew: Hello readers! Day Three of our coverage leading up to this Sunday's 86th Academy Awards is here. Yesterday we discussed the categories for Best Animated Feature, Best Song, Best Score and Best Visual Effects (which you can read HERE if you want to give those a gander), and today we'll be delving into the two big acting categories - Best Lead Actor and Best Lead Actress.

Sarah, because of the film we just watched last night in our attempts to get caught up on Oscar films, let's kick things off with the Best Lead Actress category shall we?

The nominees for Best Lead Actress are:

For a while now the consensus has been that Cate Blanchett is the easy front-runner in this category, Sarah. Last night we were finally able to see her performance as a woman having a bit of a mental breakdown following the arrest and death of her Bernie Madoff-like husband. After watching Blue Jasmine do you think she's the easy call here or does she have some true competition?

Sarah: She did an amazing job. Her performance was haunting, jarring and extremely uncomfortable all at once. I have never seen her give a performance like this before so, yes, I think she will be the clear winner this year. But I will say this, Blanchett has some amazing competition. And any other year, there would be clear other winners. Bullock did a pretty amazing job as an almost one-woman-show, and I hear the Dench was a revelation. As it is her last movie, there is a chance they could give it to her because of that. I still think that Blanchett will take home the award, but maybe Dench should win?

A: I think Dench could be in the conversation, but even if she does get the "career-achievement" type of votes I don't think it will be enough. In fact, I think the two actresses most likely to challenge Blanchett for the award are Bullock and American Hustle's Amy Adams. Like you said Bullock carried pretty much the entirety of Gravity by her lonesome, and honestly I thought this was the best acting she's ever done. Even better than the work she did in The Blind Side when she actually DID win the award. (I'm actually tempted to say that had Bullock not won for The Blind Side that this award would be hers without a doubt.)

And it could be argued that Adams was the heart and soul of American Hustle. Her character had the most facets to it out of any of the characters in the film and she pulled it off flawlessly. It also doesn't hurt that of the five nominees, she's the only one who has never won an Oscar yet despite this being her fifth nomination. That said, those nominations have all been within the last decade so she's probably less likely to get any sort of "it's about time" votes because of the short time period.

S: When you put it like that, I do really think that if it wasn't for Blanchett's performance, this would be Bullock's year again. She does do an amazing job at playing this very timid scientist that you could swear wasn't going to make it. Against all odds, she totally does! So while I don't think it will be her year, perhaps it should be.

Adams did a great  job, but I just didn't like the performance as a whole. To be honest, I don't exactly remember her role being so stand-out. Not when you put her next to the rest of the cast. I think I just expect the most out of my actors, and maybe I'm just tired of her David O. Russell roles.

A: I could understand some Amy Adams burnout. I think that's a legitimate concern for her camp.

Going back to Blanchett, who I didn't really touch on too much, I thought her performance was pretty good and I can see why she's considered the front-runner. At times it might seem like she's overacting but I felt like that was a large part of her character. Her character has gone through this gigantic, traumatic event where the plush life she's become so used to is just turned upside-down and it causes this mental breakdown inside her. And part of that breakdown is that she begins to act out her own life, talking to no one in particular and just being very narcissistic, thinking the whole world still revolves around her. It's very showy, perhaps to a detriment.

Overall if I had a vote I'd actually vote for Bullock, but I think Blanchett is going to win. How about you?

S: I think that Blanchett should win just because her performance was so different and made me feel uncomfortable and I think that's great! It really makes the audience think. And she definitely will win too.

Who We Think Should Win: Sarah - Blanchett   Andrew - Bullock

The nominees for Best Lead Actor are:

A: Alright Sarah, this is a category where we've seen four of the five nominees' films. The only one we haven't seen is Dern in Nebraska. Give me your initial thoughts on the Lead Actor category.

S: I think this is a tough one! We have some amazing actors here and some that are very much deserving of the award. Bale has once again proven that he is a master method actor. Totally getting lost in his characters. He's a little creepy and a lot corrupt in this role. As far as his roles go, though, it was pretty much on point. Probably not Oscar-worthy.

Chiwetel Ejiofor gave a brilliant performance as a man captured and sold back into slavery. But I have to wonder; was it his performance that gave him this nomination or was it the rest of the cast around him that made it so good? He was surrounded by actors who really made a statement. But him? There were only a couple of moments that were really uncomfortable to watch and I think that had to do with the surroundings.

Now we come to the two men who it's really down to: DiCaprio and McConaughey. And if they had been nominated in different years, they would have both won. McConaughey really threw himself into his role as an AIDs ridden man trying to help others with the disease. I think that he has really gone to a dark place as an actor lately and I think it has really made him a better actor.

And then there's DiCaprio. The man who has received so many nominations and absolutely no love from the Academy. Is this going to be his year? For playing a character that is a model of gluttony. He's able to bring such an ease to the screen that not many actors can. Of course, he's been in the game longer than any of the other nominees, but still.

A: All very good points, although has DiCaprio been acting longer than Bale? One of us should look that up. Regardless, as much as everyone is saying this one is McConaughey all the way, I actually think this category will be a bit more competitive than people think.

You nailed it when you said Bale got lost in his role in American Hustle. He gained tons of weight for the role and walked around with such a slump that he ended up herniating a disc, but he was also equal parts quiet/reserved and big/loud. It was a just a great role for him and I don't think many other people could have pulled it off the way that he did. But I actually think he'll come in dead last.

Moving on to the three guys that are really in the thick of it, I think you're not giving Ejiofor enough credit because I thought he flat our brought it in 12 Years a Slave. That had to have been a hellish role to play and the pain and anguish that Ejiofor exudes both through his eyes and his body language is just crushing.

DiCaprio blew me away. I've said this to you many times but I thought every single time his Jordan Belfort stood in front of a crowd with a microphone in his hands that he was justelectric. But it was actually his ability to have so many different layers to his portrayal of Belfort that I loved. His best scene in the whole movie was the one on the yacht with the federal agents where he's trying to be super-smooth and in control of the situation but you see the cracks in the facade. It was perfect, in my opinion.

And then McConaughey.........well what else can we say about him that hasn't already been said? This so-called "McConaissance" is the real deal. He sinks into the role of an HIV-positive cowboy in Dallas Buyers Club, and then even though it doesn't have a direct effect on his Oscar performance, his phenomenal job on HBO's True Detective is only helping his chances because even casual voters can see that it wasn't a one-and-done thing. He's been on a roll for a couple of years now and this will probably be the coronation for him.

So between DiCaprio and McConaughey, who's performance did you like better and who do you think has the better chance of walking away with a little gold man on Sunday?

S: I really would like DiCaprio to win. I think it's about time he does but once again, I think he will get the shaft. It's not fair and I don't quite understand it. He really needs to take home the win this year but I really think it's a McConaughey year. His role in Wolf of Wall Street was even spellbinding! It's a really tough year for this category and the two top runners will fight it out till the end but in the end, McConaughey will take it home.

A: I'm really rooting for DiCaprio to win this year (especially because he got absolutely shafted last year when he didn't get nominated for Django Unchained) and I think he has a legitimate shot at winning because I think the Academy voters have slowly warmed up to the craziness of The Wolf of Wall Street and his performance in it, particularly.

But I just can't get past the sheer Oscar-ness of McConaughey's performance. McConaughey has never been better and he's at the absolute peak of his career right now. It just feels like kismet.

Okay readers! Day Three is in the books! Tomorrow we come back with our predictions for the two screenplay categories and director!