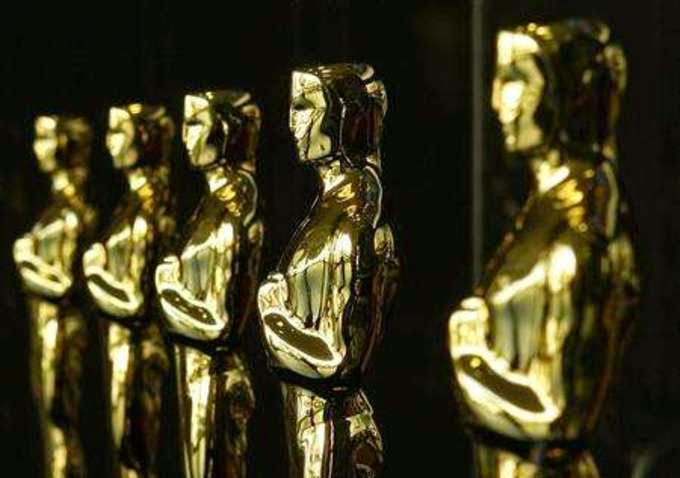 Andrew: Hello dear readers! We're cutting it close to the wire but Sarah and I are here with our official predictions for tonight's 87th Academy Awards! We'll put the meat of the awards (Picture, Directing, the acting categories and screenplay categories) right at the top along with some quick breakdowns of why we made those picks, then we'll have all the technical categories, documentaries, short films and animated films after those without comment. So let's get to it!

A: Both of the screenplay categories are tough contests this year with a number of good movies, or movies that at least have a lot of love for them. Starting with Adapted Screenplay, I immediately cross off Inherent Vice, The Theory of Everything and American Sniper. I don't believe any of those have the fervent love of voters to really take this award, whereas The Imitation Game is a strong script that gives its main players plenty to chew on, and Whiplash is just a really strong script that tells a great, fresh story and gives J.K. Simmons and Miles Teller tons to work with. I'm giving the edge to Whiplash primarily because Chazelle pulled double-duty as writer and director for his first true feature film, and I think people will want to recognize a fresh new talent like him.

Sarah: I'm going to have to go with The Imitation Game in this category! While it does come down to those two for me as well, too, I think that most of the love for Whiplash is going toward the supporting actor, not necessarily the screenplay. Tough category but I think I'm definitely sticking with The Imitation Game.

A: Fun fact for anyone who didn't already know this, but Whiplash was placed in the Adapted Screenplay category because of a strange ruling by the Academy. Chazelle originally wrote a full-length version of his screenplay that would become the Oscar-nominated film we know and love. But in order to gain funding for a feature-length version, Chazelle made a short film version based off the original script he wrote, which even won a prize at Sundance two years ago. Because of the short existing, even though the screenplay for what became the full-length version with Teller and Simmons was written first and then adapted into a shorter version, the Academy determined the short to fall under their definition of "previously produced or published material" for the Adapted category. Crazy, huh?

Our picks - S: The Imitation Game  A: Whiplash

A: Original Screenplay is the toughest of the two, and maybe one of the toughest categories of the whole night. All five of these movies have legit claims to the award, IMO. But we can probably cross Foxcatcher and Nightcrawler off because they're too dark. The Grand Budapest Hotel could win because voters might finally want to give Wes Anderson an Oscar, but I think this one is down to Boyhood and Birdman. Warranted or not, I think I'm going to cross Boyhood off because some factions of voters could think Richard Linklater had an advantage of writing the movie over the course of 12 years. Birdman also hits the voting bloc right in the sweet spot as it's about actors and gives all the main players great stuff to work with. I'm going with Birdman here.

S: Once again, I agree and think it is between those Boyhood and Birdman as well. We just watched Boyhood last night and while I wasn't impressed with it, I basically don't think that it is really getting the love that Birdman has gotten in this category. The director, Iñárritu, is on fire with the awards season and while we'll touch on his film's chances in other categories later, for now I'll say I think he wins for Original Screenplay.

A: Now let's tackle the acting categories. This year 3 out of the 4 acting categories are pretty much sewn up as Patricia Arquette has been absolutely owning the award circuit this year. While I think Emma Stone is a long-shot dark horse here, it's gonna be Arquette for Boyhood, right?

S: It is. I wish it was actually going to be Laura Dern. But Arquette has been rocking it out. We like Arquette in plenty of other things and she was fine in Boyhood, but while I'd love if Dern took this award, it's clearly Arquette's to lose.

A: Out of all the categories in the entire show, this is the biggest lock of the night. J.K. Simmons is electric as the two-faced, beyond-intense jazz instructor in Whiplash. It's a helluva performance and Simmons (rightfully) has been cleaning up the award season. He'll get his own little gold bald man to accessorize his own baldpate.

S: I am SO excited to see Simmons take this award home! It was literally one of the best performances I saw this year. He was terrifying, and really conveyed that nice guy demeanor so he lulled you into this false sense of security. Man. He was just awesome and will definitely win this. Well deserved, too.

Our picks - S: Simmons  A: Simmons

A: We've only seen two of these performances - Witherspoon and Pike - and they were incredible. Either one deserves to win. And yet, Julianne Moore is a lock to win for her portrayal of a Columbia professor diagnosed with early-onset Alzheimer's. I'm rooting for Pike because she turned in one of the best villain performances I've ever seen, but I'm predicting a Moore win.

S: I really wish that Reese Witherspoon would win this category. She was stunning in Wild. She ate up the screen and really gave the audience a character to root for. And for it mainly being just her throughout the film, I wasn't bored once. But I think you are correct that Julianne Moore will take this one. I'm sure she deserves it and stuff but I'm rooting for Witherspoon.

A: Here is the only acting category that will have some drama on Sunday night. So far this award season the main players have been Keaton and Redmayne. Keaton has won 27 awards for his performance in Birdman. Redmayne has won 9 awards for playing Stephen Hawking in The Theory of Everything, but one of them was the Screen Actors Guild award, and the acting branch is the largest branch of voters in the Academy which could really be a positive harbinger for Redmayne. In fact, the last 10 SAG winners followed up by taking the Oscar.

That said, while Redmayne clearly has a lot of support and, historically speaking, actors playing disabled/sick/etc. real-life characters have done well at the Oscars, I think Keaton winds up the winner. Keaton clearly has a lot of love coming his way, too, and I think the Academy members might give him the Oscar partially as a career achievement. Keaton would be the 2nd oldest Lead Actor Oscar winner in history at 63 years old, while Redmayne is just 33 and has a lot of staying power. I'm going Keaton on this one.

S: I'm a little torn on this one. Of those two we only saw Keaton's performance, but from everything I've heard, Redmayne's performance was all encompassing. The physical and mental place one would have to get to had to have been a daunting task. This is a really tough category, but I think I'm going to have to give it to Keaton, too. This one is going to be a dog fight to the end.

A: Another one of the three main categories that will actually have some suspense (along with Best Actor and Best Picture), Best Directing is a relatively stacked field. We can probably cross Tyldum and Miller off as just being thankful to be here, but Anderson, Linklater and Iñárritu all have a legit claim to the award. I think we can narrow it down even further to Linklater and Iñárritu again, and here it's a toss-up to me.
Both guys presided over really ambitious projects - Linklater with a 12-year film shoot, Iñárritu with a movie that looks like it was all done in one shot. There's also the possibility that Best Directing and Best Picture are split between two films for the third year in a row (Gravity and 12 Years a Slave last year, Life of Pi and Argo the year before that). My heart wants to say Iñárritu because of the incredible achievement his movie was as far as from a technical standpoint, but my head says Linklater will get the love for the decade-long project. So I say Boyhood here.
S: Yeah I'm going to have to go with Linklater, too. It was an ambitious project that could have easily been an absolute disaster but has turned out to be an awards darling.

But honorable win for Iñárritu. His "single shot" filming was inspired. And the mix with the special effects? Fabulous.

A: Like last year, this year's big prize is hotly contested between two very different films. The general consensus is that Best Picture will be between Boyhood and Birdman (though due to the Oscars' preferential ballot system for Best Picture, perhaps American Sniper has more of a chance than most think.)

Having just watched Boyhood last night, I liked it for what it is, but I don't think it's the best movie of 2014 that we've seen. That distinction goes to Gone Girl, FWIW. Of the nominees, I'll be rooting for Whiplash though it probably has not shot.

Instead, between Boyhood and Birdman, I think Birdman takes the award. In recent years films that depict Hollywood/the art of acting/filmmaking have won the love of the Academy (see: The Artist, Argo, Hugo). For that reason, I'm leaning Birdman here.

S: I'm totally going with Birdman on this one. I was thoroughly unimpressed with Boyhood. I actually found it a little contrived. I get that it was a big undertaking but I think that it suffered with the script.

Birdman was electric. It had such fantastic movement and a sharp script that really made the audience wonder what the heck was going on.

A: Alright readers! Having tackled the big awards that people mainly care about, we're going to shift gears to the smaller, technical categories/documentaries/animated films.

Our picks - S: Boyhood  A: Whiplash

BEST VISUAL EFFECTS
Captain America: The Winter Soldier
Dawn of the Planet of the Apes
Guardians of the Galaxy
X-Men: Days of Future Past
Interstellar

ORIGINAL SCORE
The Grand Budapest Hotel
The Imitation Game
Interstellar
Mr. Turner
The Theory of Everything

Our picks - S: The Imitation Game  A: The Theory of Everything

ORIGINAL SONG
"Everything is Awesome" - from The LEGO Movie
"Glory" - from Selma
"I'm Not Gonna Miss You" - from Glen Campbell: I'll Be Me
"Grateful" - from Beyond the Stars
"Lost Stars" - from Begin Again

Our picks - S: Birdman  A: Whiplash

Our picks - S: The Reaper  A: Crisis Hotline: Veterans Press 1
Posted by Andrew Keck at 5:50 PM