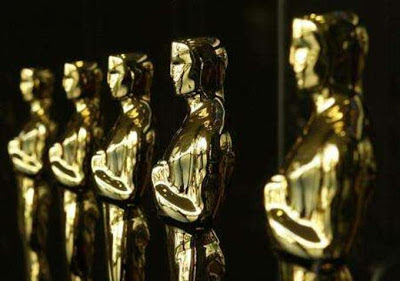 Andrew: Hello readers! It’s getting to be that time of year when the awards circuit is moving full-steam ahead. We’ve already had the nominations for the Golden Globes, the Writers Guild, the Screen Actors Guild and the Producers Guild all announce their awards nominees, plus we’ll have the Directors Guild announcing there’s on Tuesday.

But we’re not here to talk about them, exactly, no. As you may or may not know, the nominees for the 85th annual Academy Awards will be announced at 8:30 AM EST on Thursday, January 10th. With that in mind, Sarah and I are going to be taking part in a Predict the Oscars Nominations Contest that our fellow blogger Squasher88 is hosting over at his blog, Film Actually. Squasher88 is asking all his contest participants to predict the nominees for every category except for the Short Film categories.

Alright, let’s get down to it Sarah! Today we’re just focusing on the two supporting acting categories. Which one would you like to start with first?

Sarah: Let’s start with the easiest, Best Supporting Actress. Now this one is going to be a sweep. There were a lot of great women in the movies this year but one stood out among the rest. Anne Hathaway. It was said that she would take the Best Supporting Actress award home even before Les Miserables came out. After we have seen it, I think we can safely say that of course she will win it!

But of course that doesn’t mean that she is the only one going to be nominated. And she does have some great actresses to go up against.

A: Yeah, while I completely agree with you that Hathaway will eventually walk away with the little golden man, there are some other worthy actresses to think about. I’d imagine the actress who will also be a shoo-in is Helen Hunt for her portrayal of a sex surrogate in The Sessions. Now, this is a movie that we haven’t had a chance to see yet, but Hunt’s already been nominated for 18 awards including a SAG nomination and a Golden Globe nomination. So Hunt’s definitely in.

S: The next actress to get a spot in the finals will be Sally Field. Her role as the manic-depressive Mary Todd Lincoln in Lincoln was impressive. It is commonly known that Field is a talented actress but it was interesting to see her in a role like this. We know the story of the man but not so much about his wife. Field brought Mary Todd Lincoln to life. She gave a voice to a woman who had to deal with unimaginable loss in her life and suffered greatly for it. But she also had the love of a man that was a voice for a nation in its darkest hour. If Hathaway doesn’t take home the golden man, I think Field will.

A: Well we’ll get to our actual predictions on who will win the awards in due time, but Field does have two Oscars on her mantle already, so as she so famously put it, the Academy really does love her.

The last two nomination spots get a little bit tougher, but if we look at some of the other awards and whom they’ve nominated, I think we can nail it down. Let’s give one of those nominations to Nicole Kidman for her performance in Lee Daniels’ The Paperboy. This is another film we haven’t had the chance to see, and while we’ve read and heard it get widely panned, somehow Kidman has still garnered the attention of awards voters because she’s already nabbed noms from the Golden Globes and the SAG. So she gets our fourth spot. Who gets our fifth and final spot, Sarah?

S: I think we will give the last spot to a classic actress, Maggie Smith, for her role as a grouchy, prejudiced retiree in The Best Exotic Marigold Hotel. I was the only one in this house to see this one and I have to say it really was a cute one. Out of everyone in the film, Smith did stand out from the rest. The audience gets to watch a change in a woman that most people would think impossible. It’s nice to think that even in the twilight years of life, people can still change. Smith does such an amazing job of making the audience hate her and yet feel sorry for her at the same time. I’m a big fan of Smith in general and she has already garnered the nomination in the Golden Globe and SAG awards, so we are happy to give her the fifth spot.

A: Sounds good to me! So to recap then, our predictions of the five Best Supporting Actress nominees are:

S: This really is a toss-up but I have to give the first slot to Alan Arkin. His performance as the fake but real movie producer in Argo was brilliant. He was hilarious in the film. From his “Argo f**k yourself” line to his comedic timing with co-star John Goodman, he was a great relief to this otherwise tense movie. Arkin has been nominated for his role already in the Golden Globe nominees as well as the SAG Awards, so I think it is safe to say that he will get a spot with the Academy as well.

A: Completely agreed. I’m going to give our second Supporting Actor nomination prediction to Robert De Niro for his role as Pat, Sr. in Silver Linings Playbook. De Niro plays the father to Bradley Cooper’s bipolar Pat. It’s the best role De Niro has had in years and he does a phenomenal job portraying a man who struggles with OCD, his passion for the Philadelphia Eagles, his new book-keeping enterprise, and his relationship with a son he feels he didn’t show enough love to years prior. He’s hilarious and scary, and his big scene with Jennifer Lawrence is one for the books. De Niro already has 8 award nominations for the role, including a SAG nom, and I’m betting he gets an Oscar nom this year, too.

S:  The third spot goes to another Lincoln actor, Tommy Lee Jones. He plays Thaddeus Stevens, the crotchety anti-slavery congressman that has the ear of the President. Jones was, in my opinion, one of the only actors in this A-list actor laden film that made any kind of impact. He plays a cold, calculating man that most other characters seemed to thoroughly dislike and he clearly did not care. Besides Daniel Day-Lewis, Jones is making some of the biggest waves from Lincoln. While I don’t think that he will win for the role, he definitely deserves a spot in the running.

A: Now this is where it starts to get tough. There are still plenty of actors who had great performances in supporting roles this year, and we can only choose two more. I have no idea how the Academy is going to do it for real. But for us, our fourth spot in the Supporting Actor category goes to Phillip Seymour Hoffman for The Master.

Hoffman was magnetic as Lancaster Dodd, a writer and leader of a burgeoning religious cult who takes Joaquin Phoenix’s Freddie Quell under his wing. Hoffman is particularly great in the scene where Dodd “processes” Freddie, and the scenes when you see the cracks in Dodd’s shiny veneer. He’s already won or been nominated for 21 awards. That makes him a shoo-in in my book.

Okay, so we’re down to one spot and this is where it gets the toughest for us, as there are two guys from Django Unchained, Leonardo DiCaprio and Christoph Waltz, whom we think totally deserve an Oscar nod. And by our predictions, we’ve only left room for one of them. Which one are we officially predicting, Sarah?

S: Last but certainly not least the last spot should go to a little bit of a wild card, Leonardo DiCaprio for his role as Calvin Candie in Django Unchained. His ruthless portrayal as a Southern plantation owner proved once again that DiCaprio is a force to be reckoned with when it comes to acting. Candie comes across as a tolerant man who loves his slaves, but the audience quickly realizes that this is just a very thin veil covering a much darker character. I am really hoping that we are correct and DiCaprio gets the nomination. In my humble opinion, I think he should actually win the whole category.

A: DiCaprio is absolutely worthy of the fifth and final nomination for Supporting Actor, but don’t you think Christoph Waltz has just as good a shot at the nomination? Waltz has garned 15 award nominations/wins so far already to DiCaprio’s five. They’ve both been nominated for a Golden Globe and neither one got recognized by the SAG, so it’s a bit of a toss-up there. But you know what? We both loved Waltz, but I’m with you on DiCaprio primarily because Waltz won this category a few years ago for Inglourious Basterds, and Leo is a Hollywood darling who’s never won. I think the Academy gives him another shot here.

S: Waltz was great and I really loved his character but I think as far as impactful on the screen I think this one has to go to DiCaprio. That means we have our five predictions for the Academy Award for Best Supporting Actor:

A: Okay, that wraps up our predictions for the two supporting acting categories for this year's Oscars! We'll be back tomorrow with more discussion and more predictions on the nominees for the 85th Academy Awards. For reference, this will be our posting schedule for these the rest of the week:

S: We hope you come back to check out the rest of the predictions. And if you agree or disagree with our guesses, let us know down in the comments section and tell us who you think will get nominated! Thanks for reading!